Life flashes by in an instant

Experiencing everyday life anew – Represents a voice within the terminology of experience economy that seeks to unfold experiences as a potential intervention into the capital system that will ultimately bring us to the potentially new – A Sensuous society. In the anthology Handbook on Experience Economy, 2013.

Embodiment of the Mystery – An article on how a new tendency within performance that I term live and relational fictional parallel-universes celebrates the atmospheric landscapes of filmmaker David Lynch and embodies mystery. In the anthology Fan Phenomena: Twin Peaks, 2013. 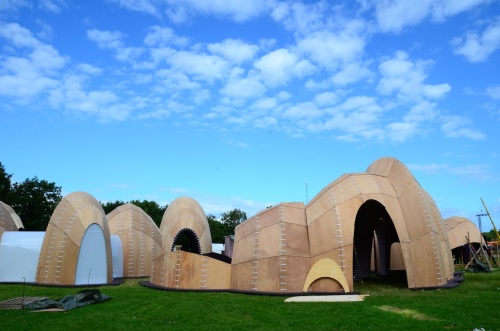 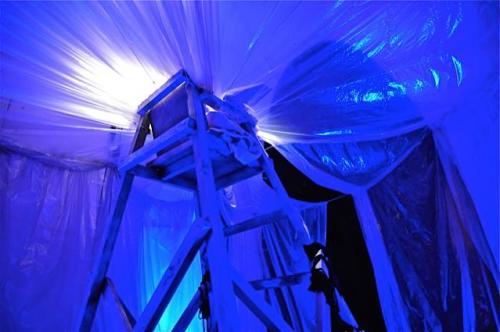 Artistically directing the Dome of Visions  – a temporary building to be manifested in urban spaces-in-between to create a vibrant life where it is most needed.

Sensuous Society – beyond an economic rationality

Since the financial crack in 2008 the time we have been living in has been known as ‘The Crisis’. This talk examines the crisis, not just as a slump in the output of industrial capitalism, but rather as a sign that the economic paradigm is nearing its end as the dominant logic of society.

Western society has been based on economical imperatives such as optimization and rationality, which leaves no space for more sensuous, inspired and gentle modes of being. But these values could very well form an emerging paradigm that I call the ‘Sensuous Society’.

I’ve reflected on this vision and its relation to the vision of Theatrum Mundi as formulated by the network around the ideas of Richard Sennett. Read more here.

Sisters Academy is a school in a world and society where the sensuous and poetic mode of being is at the center of all action and interaction. It defines the primary mode of being and is the values on which all societal institutions are building – including the school. Thus Sisters Academy is the school in what we term a sensuous society – A potential new world arising from the post-economical and ecological crisis.

Between 2014-2015 Sisters Academy will manifest in a series of Nordic countries and the grand Nordic finale will be as a large-scale durational immersive performance-installation at the stage Inkonst, Malmö (SE), in September 2015.

In the series of manifestations the founders of Sisters Academy, Sisters Hope, alias Gry Worre Hallberg and Anna Lawaetz manifesting performativly as the twin sisters Coco and Coca Pebber, will take over the leadership of a series of actual high schools.

The first manifestation is funded by the Danish Art Council and will take place at the HF & VUC, FLOW in Odense. 200 students and 20 teachers will be under the leadership of the two ‘unheimliche’ twin sisters. Math might start by an exercise on ‘how to sense Pi’, History might be initiated by sharing the dreams of the night to explore collective unconscious patterns. Thus, Sisters Academy is not only emphasizing and amplifying the value of the creative subject fields on upper secondary school level, but even more radical these are fundamental to all other subject fields, thus, the project also seek to have an actual political impact on the educational system. 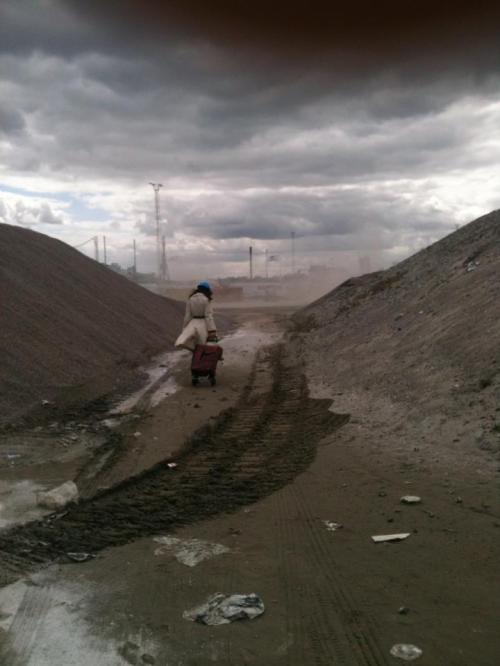 Inspired by the notion of ‘site-specific’ as a concept pointing at the site as the starting point for the creative brainstorm of a performance piece, I am now operating with the concept of ‘social-specific’ pointing at the social context as the starting point of the inspirational brainstorm. In the fora I operate the manifestations take their starting point in the social context and the co-laborators we co-operate with. The term came up as Staging Transitions gave an inspirational lecture before a group of students at the Department of Arts and Cultural Studies where to work with human processes on a real life case.

Constructing the new economic paradigm – Perform the change you wish to see in the world!

Getting ready to shift shape and become an agent of Future Mind Tours once again.